Nymphaea caerulea, known primarily as Blue lily, Sacred Blue lily or Egyptian Blue water lily, is the ancient Egyptians most sacred plant. It is in the genus Nymphaea. 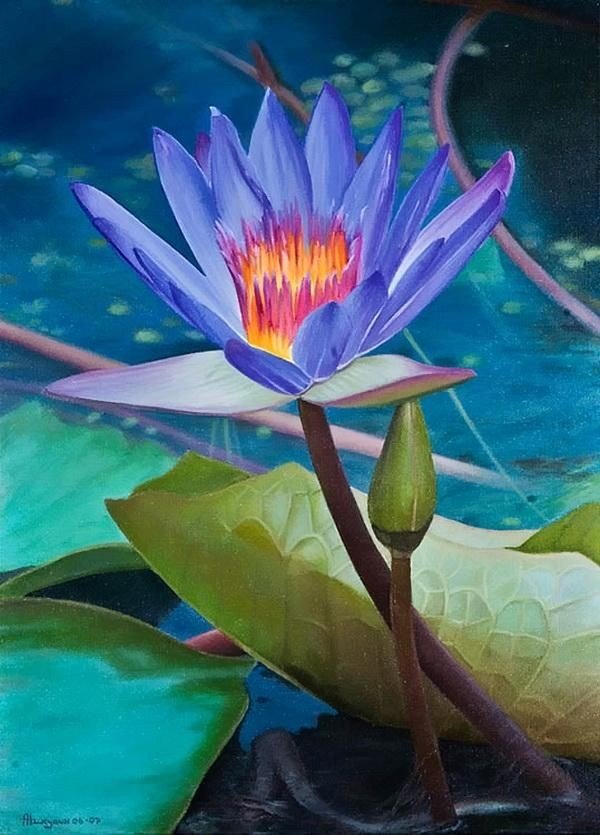 Blue lily was a common sight in ancient Egypt, growing in the shallow banks of the Nile. Its original habitat may have been along the Nile and other parts of East Africa. but it spread more widely in ancient times, including to the Indian subcontinent and Thailand.

The lilly was a symbol of creation itself, the first object that emerged from watery chaos and out of it was born the sun god Ra.

They are easily recognized by their spiky blue petals. The energy of the plant is ethereal, subtle and delicate. The blue lily has been used for over 3000 years. 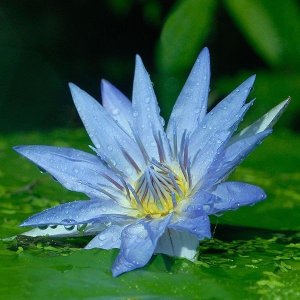 The traditional uses of the Sacred Blue Lily of the Nile was found scattered over Tutankhamen’s body when the Pharaoh’s tomb was opened in 1922. Many historians thought it was a purely symbolic flower, but there is a lot of evidence that suggests that ancient Egyptians used the plant to induce ecstatic states, stimulation, visions, as well as as a medicine.

You will probably sense is a pleasant feeling of warmth around the head and upper body; a very comfortable, dreamy feeling, with a slight stimulant effect. Many people relate to an expanded state of awareness with feelings of opening of the higher chakras, especially the 6th, or the third-eye.  It reinforce an alpha-state.

The blue lily typically has a relaxing and mildly sedative effect. You are stressed and anxious, looking for some relief, turn to Nymphaea caerulea. It can be used to treat many ailments. This herbal remedy has been used since ancient times to manage a number of different health symptoms and to help users feel better. And for this reason herbs such as blue lily flower is gaining much popularity again. 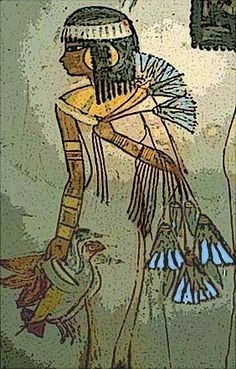 The reason the plant became popular in Egypt is its primary effects of euphoria and alleviation of depression. From botanical studies, the blue lily contains a compound called nuciferine which has a profile of action associated with dopamine receptors. It also contains phytosterols, bioflavonoids and phosphodiastrates, all compounds found in Nymphaea caerulea Nymphaea caerulea also contains apomorphine, a dopamine agonist. (Schuster 2001). The flowers have also yielded a variety of alkaloids, including kaempferol, which has MAOI properties (Voogelbreinder 2009, 247).

The flower can be used to promote sleep, great natural anti-anxiety agent and for relieving stress. Menstruation problems or erectile dysfunction, can also be solved with the help of the flower. Studies show that this sacred flower acts as a pain killer and also has muscle relaxant properties. So, if you are suffering from nerve disorders, use this flower for pain relief and well as relaxation.

The silent killer diabetes and its complications like cardiovascular disorders can be kept under control with this sacred flower. A steroid known as Nymphayol present in these flowers is scientifically responsible for anti- diabetic activity. This steroid performs its duty by healing the endocrine tissues which are damaged. It even has the power of stimulating insulin secretion in beta cells.

Helps in oral ulcers and eliminates the tendency to miscarriages. This blue symbolic flower has the potential to regulate your urinary system.

Improves the complexion, hair, observations reveal that Nymphaea caerulea can also help increase the volume, body as well as elasticity of brittle hair. So, if you have limp, dull hair, grab some blue lily extracts and use it on your hair for beautiful, healthy hair!

It aids to gastrointestinal issues. This blue symbolic flower has the potential to regulate your urinary system. Also aids in chronic pain. promotes a healthier circulatory system, which means that blood flows through the body more easily.

The sharper mind and memory is a result of the increased circulation to the brain and gives a heightened sense of spiritual awareness.