What is Mucuna pruriens?

Mucuna pruriens is a climbing shrub belonging to the Fabaceae family, just like beans and other legumes in general. Identified by the scientific name Mucuna pruriens, it grows spontaneously in the tropical Africa and South Asia regions, particularly in India from the Himalaya slopes to Sri Lanka and in the Caribbean areas to South America. The Mucuna puriens used for more than 3,000 years in Ayurvedic medicine is back on track thanks to the studies of the scientific community. In antiquity it was used to treat snake bites (applied externally by forming a pasta), intestinal disorders, sexual problems, nervous system disorders, arthritis and melancholy mood. For the important medicinal properties and the pressing industrial demands, Mucuna pruriens is still widely cultivated for commercial purposes. It is rich in protein, essential fatty acids (vitamin F) and is very digestible. Today, scientific research has confirmed traditional uses and recognizes that all parts of Mucuna pruriens possess precious medicinal properties that have been studied in various fields since its anti-diabetic, aphrodisiac, anti-neoplastic, anti-epileptic, analgesic properties, anti-inflammatory and anti-microbial.

What makes Mucuna Pruriens unique is its high content of L-DoPA, a precursor hormone of the neurotransmitter dopamine, which greatly reduces the tremors and spasms of some neurodegenerative diseases such as Parkinson’s, so much to be used for this purpose for thousands of years from Indian medicine.

Benefits of Mucuna pruriens
1. Improves the endocrine system. Pesticides and cosmetics contain harmful substances in the food and interfere with the hormones causing serious damage: in men there is a breast enlargement and deterioration of androgenic hormones with consequences in sexuality, worsening of mood and loss of hair (oxidation of testosterone); in women there is premature maturation, amenorrhea, menstrual pain and fertility problems. Mucuna pruriens can help resolve these disorders by balancing the hormone system. In Ayurvedic medicine was used to increase the number of sperm and male power in men and resolve women’s sexual problems. In addition, with the strengthening of the endocrine system, we will find more energy, enthusiasm and vitality.
2. Parkinson’s. Parkinson’s disease is partially characterized by the decrease in the production of dopamine in the brain, a neurotransmitter that is very important for its functioning. Since Mucuna pruriens positively influences dopamine levels, it has been ayurvedic therapy for centuries to treat Parkinson’s symptoms. Preliminary research indicates that the natural form of L-DoPA contained in Mucuna pruriens provides equivalent or even better results compared to synthetic levodopa and without the common side effects of nausea, vomiting, and synthetic muscle convulsions. In fact, L-Dopa is a precursor of dopamine.
3. Meditation and playful dreams. Mucuna pruriens contains particular natural molecules such as 5-HTP, serotonin and DMT that help calm the mind and stimulate vivid lucid dreams.
4. Protects and strengthens the brain. Mucuna pruriens has a significant antioxidant action that works tandem with levodopa to promote brain health. When L-DoPA crosses the blood-brain barrier, it helps increase brain levels of dopamine, an essential neurotransmitter associated with mood and cognition regulation.

5. Stress and Relaxation. Ayurvedic tradition uses Mucuna pruriens to positively promote mental health and stress response. A study of 120 men who suffered from psychological stress reported that supplementation with Mucuna pruriens significantly reduced stress. It should be noted that many of the subjects in the study also had fertility problems and supplementation has also been shown to promote sperm quality and number of spermatozoa. The researchers also concluded that Mucuna pruriens reactivates the antioxidant defense system, an essential biological mechanism necessary to maintain homeostasis inside the body.

6. The intellectual faculties. Mucuna pruriens has a rich history of use for the promotion of mental health. Current research supports its traditional application and shows that it improves brain functions, increases concentration and intellectual performance. So great for students and those who do business where rational thought is required.

7. Diabetes. According to different studies, the seeds of the Mucuna pruriens used at a dose of 500 mg per kilogram of weight are able to reduce blood glucose levels. These and other data have demonstrated its anti-diabetic properties probably due to its d-chiro-inositol and galacto-derived content.

8. Insomnia and depression. The presence of serotonin and L-DoPA improves the sleep-

wake cycle by favoring deep sleep and relaxation. Additionally, a deficiency of dopamine may be the cause of depressive disorders, so Mucuna pruriens stimulating dopamine production is also useful for improving mood.

9. Rejuvenating. Free radicals that have one or more electrons discharged are produced during normal and pathological cellular metabolism but are produced to a much greater extent due to stress, toxins and aging. Antioxidants protect against damage caused by free radicals to tissues, proteins and the same DNA. The whole plant of Mucuna pruriens contains large amounts of phenolic and glutathione compounds which exhibit a high antioxidant activity of free radical elimination.

10. Skin. Our skin is one of the main goals that is attacked by UV radiation, city pollution, cigarette smoking, stress and food intolerance. Various skin disorders, such as psoriasis, dermatitis and eczema, are related to an increase in oxidative stress and the production of free radicals. Recent preliminary studies have shown that the topical application of Mucuna pruriens can be helpful in improving many skin conditions.

The most used parts for phytotherapy are the seeds of Mucuna pruriens, although the leaves have shown interesting antioxidant properties.

Neuroprotective Effects and the Treatment

The mucus mature seeds contain the amino acid L-DoPA (L-3,4-dihydroxyphenylalanine) at concentrations of 3.1-6.1%; There is also the presence of glutathione, lecithin, gallic acid, glycosides, nicotine, serotonin, protease inhibitors, sitosterols, and a dark brown viscous oil. The generous presence of the L-DoPA catecholic amino acid has attracted the attention of researchers, on the one hand to use the seeds of Mucuna pruriens for industrial production of L-DoPA, and on the other to study its therapeutic efficacy as an alternative natural to traditional anti-parkinson’s drugs.

L-DoPA is the precursor of the dopamine neurotransmitter, which plays an important role in many physiological processes by regulating mood, sexual behavior, impulses, and movement. For this reason, L-DoPA is used by the official medicine in the treatment of dopamine deficiency diseases, such as Parkinson’s disease and to a lesser extent depressive states.

Mucuna Puriens is recommended by Ayurvedic texts and traditional medicine to treat erectile dysfunction and poor sexual appetite of a psychogenic nature, bite of poisonous serpents, diabetes and nerve disorders comparable to the disease today known as Parkinson’s disease. Supplements or tinctures of Mucuna pruriens, which can not legally boast therapeutic properties in the treatment of Parkinson’s disease, have commercial leverage on the role of dopamine in the human body by attributing to the product. 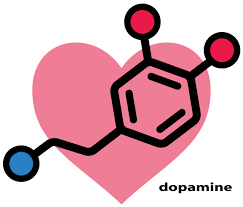 The anti-Parkinson’s properties of Mucuna Pruriens have been confirmed by several clinical trials. In one of these studies, the anti-Parkinson’s effect of two single doses of 15 and 30 grams of Mucuna Pruriens seeds extracts, standardized in L-DoPA (containing respectively 500 and 1000 mg of L-DoPA, equivalent to 100 and 200 mg of L-DoPA in the presence of a decarboxylase inhibitor) were compared with a 200/50 mg dose of L-DoPA / Carbi-Dopa. The authors conclude that the rapid onset of therapeutic effects, the longer duration of action, and the significant reduction in the dyskinesia side effect suggest that Mucuna Pruriens may even offer superior therapeutic benefits compared to traditional L-dopa drugs in the long-term management of Parkinson’s disease. Several studies suggest that the tolerability of Mucuna seed extracts may be better than L-dopa-based pharmacological preparations, as evidenced by the absence or in any case, of the minor – of the common side effect referred to dyskinesia.

Mucuna Pruriens in the light of recent studies and scientific experiments.

Benefits and Benefits of Active Principles

Mucuna pruriens is generally safe and does not show any side effects. However, it should be avoided by those who take diabetes and high blood pressure medications. It should also be avoided by those who suffer from melanoma, peptic ulcer and liver disorders. There are no special studies during pregnancy or lactation to confirm your safety, so consult your doctor.